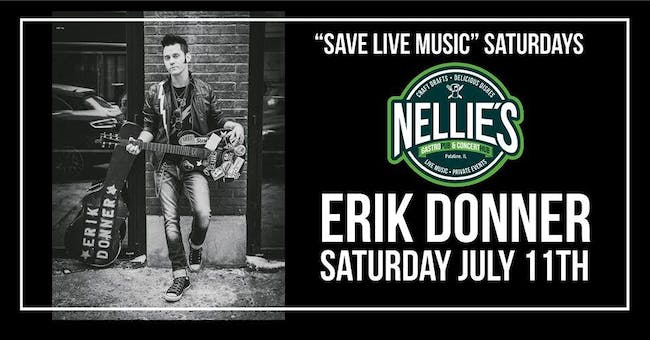 Son of multi platinum recording artist, Ral Donner, who influenced such legends as John Lennon and Robert Plant, among countless others, Erik has played to thousands of people across the U.S., England, Italy, Spain, Norway and Denmark. Playing professionally since 2000, he has toured the globe playing drums with Chicago Power Pop legends Enuff Z'nuff and from 2007-2014, fronted his own Chicago based cover band Trash Martini, as their lead singer/guitarist/drummer.