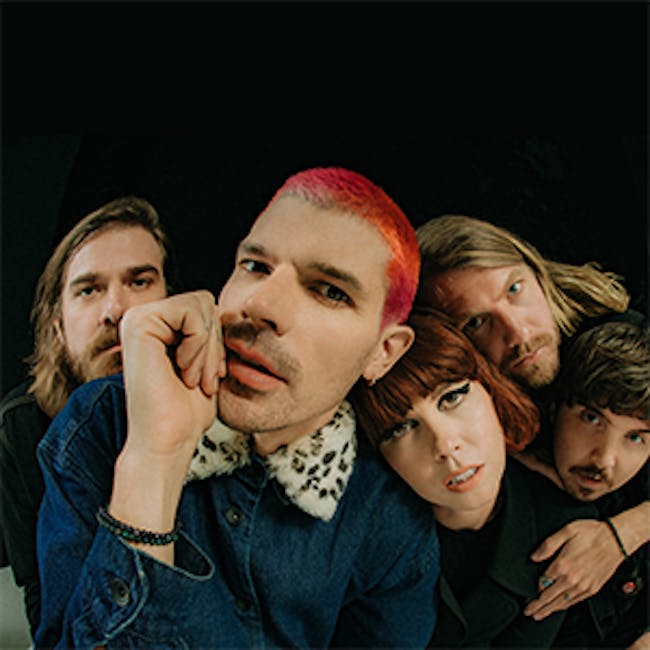 The quintet’s second full length album “SPREADING RUMOURS” arrived in September 2013 and was met with a raft of acclaim from the likes of Rolling Stone, USA Today, Entertainment Weekly, Los Angeles Times, NYLON, and National Public Radio who called it “ludicrously easy to love.” The collection was produced by the band’s own Ryan Rabin.

Grouplove first came together in 2009 and soon were hailed as a great live act, both as headliners and at such international festivals as Coachella, Bonnaroo, Lollapalooza, Outside Lands, Reading + Leeds Festivals, and Glastonbury. “NEVER TRUST A HAPPY SONG” arrived in 2011, making a stellar chart debut among the top 5 on Billboard’s “Heatseekers” album chart for new and developing acts. “Tongue Tied,” the second single from “NEVER TRUST A HAPPY SONG,” proved an even greater success, earning RIAA platinum certification for sales in excess of 1 million while spending 3 consecutive weeks at #1 on the Alternative airplay chart.